Sunlight pierces the crack between the drapes, shafting across the room to creep slowly down the wall highlighting each imperfection in shadowed relief. Moving on ever nearer to her sleeping body, golden light creeps across her pillow, laying a subtle touch upon her tousled hair which sparkles, tinged red with the light. Slowly, softly, fingers of light delicately but deliberately advancing, stroking her freckled features, feeling their way down her exposed neck, playing lightly upon her shoulders, then rising up on rounded contours of breasts. Soft down on her naked arms glows as the light shines across her skin.

I look...not moving, not wishing to waken my sleeping lover. This moment is for me to savour. Form...texture...gentle curves....shadows: the moving light accentuates these, leading my eyes with it.


She sleeps on, unaware.

I awake reluctantly...the loud snoring of the Italian in the over-cab tent next to me! Bum! The moment gone so quickly. What was I dreaming of? Oh yeah... light creeping across all those curves and contours...forms and textures on sensual display just for me. Oh, I would be so lucky...yeah, right! Lightening up outside: it's 5am! Brain kicks into gear...she won't wait for me...that golden light lasts such a short time.

I dress, don my thick fleece for the chilly morning air, find my camera, stuff extra batteries in my pockets, then jerkingly unzip the opening of the over-cab tent and carefully climb down the ladder, setting the safari Toyota Hi-Lux camper gently rocking. The snoring stops. Oh well, can't be helped. Hopefully, waking the Italian may encourage her to get up and get that camping espresso machine on for a hot cup when I get back. She's never offered me one yet...I have to settle for instant. 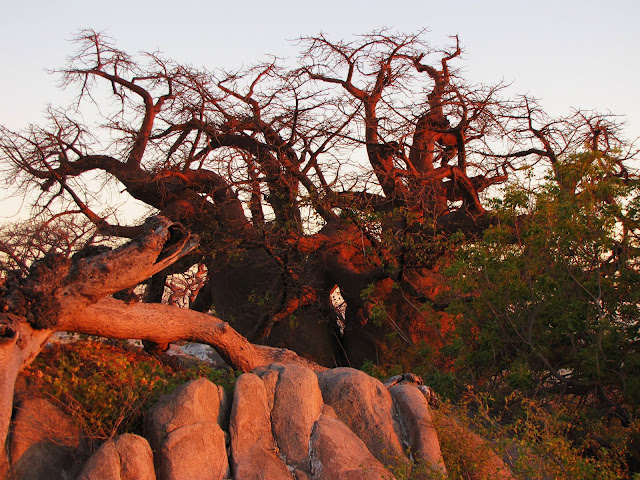 I climb up on the rocks, take a few pics then sit and observe the brightening glow on the far horizon. My safari companions sleep on, out of site. All around for 360 degrees to the horizon my deep aloneness spreads; my red morning's awakening at Kubu Island, Magkadigkadi Pans, Botswana. This pile of rocks, once an island in an ancient lake, now sits in a huge dried up salt crusted pan - except for a short seasonal rainy season when it becomes an important feeding ground for migratory birds. 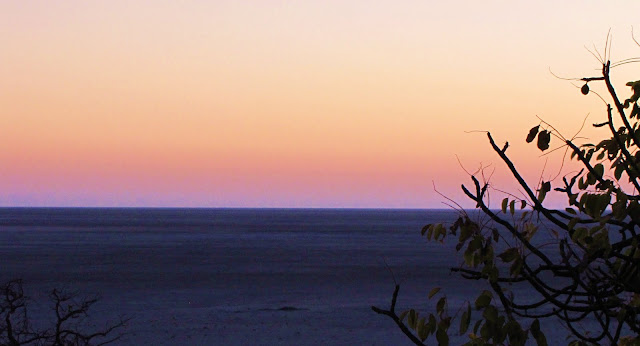 The flat featureless pan, stretching uninterrupted to the horizon, allows the lowest angle of sunlight: colours are rich but softened, heightening contrasts for photography in this "Golden Hour". The previous evening I had seen unexpected changes in colour, wrought upon this pile of rocks and skeleton trees by the setting sun. Those ethereal images had stirred my imagination with a dream so real: my anticipation of even better to come. 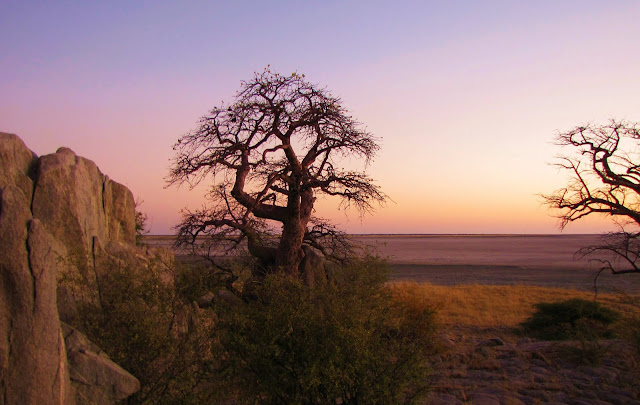 The dream returns as light creeps down the the weather-rounded rocks and baobab bottles. Creeping light highlights in stark relief the twisted crowns of naked baobab and star chestnut trees. Rocky contours become defined in the increasing glow. Freckled features on rounded trunks and boughs, and porous rocky textures become accentuated under the advancing light. Tufts of grassy tassels begin to glow as sunlight fires along their tops. A reddish tint spreads across Kubu Island for my eyes only. 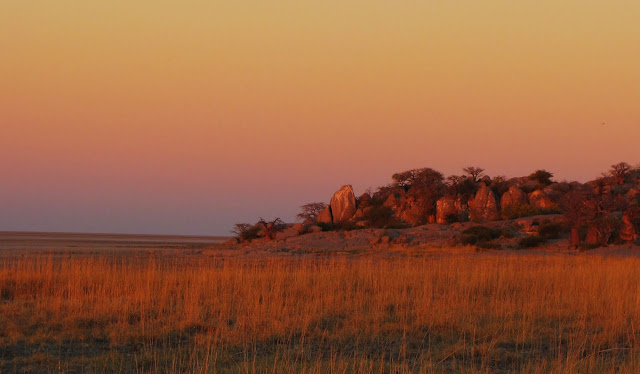 Too many dangers to be wandering African koppes on your own in the dark. Leopard territory! But Kubu Island should be safe: game has migrated to the nearest water 100kms away, predators have followed. Snakes can be a concern in rocky terrain; lots of hiding places and rocks to warm up on in the sun. As it is winter, hopefully they were hibernating. I climb carefully over the rocks keeping an eye on where I place my feet. The previous evening I had worked out angles, direction of light and shadows, and noted interesting features like rocks and twisted trees, so I know where I want to be and when, in relation to the position of the sun as it rises.


Baobab and star chestnut trees I shoot in silhouette early in the lowest light. 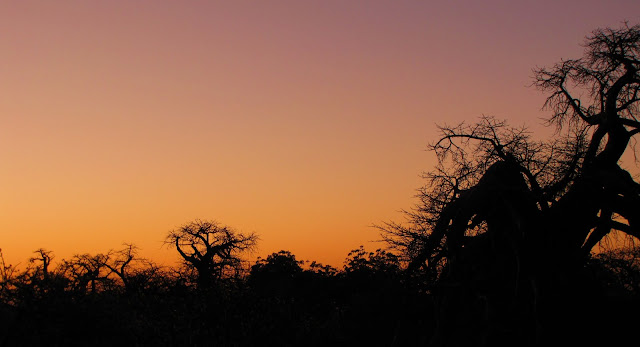 I walk far out on the pans to catch the light upon the rocks and trees. 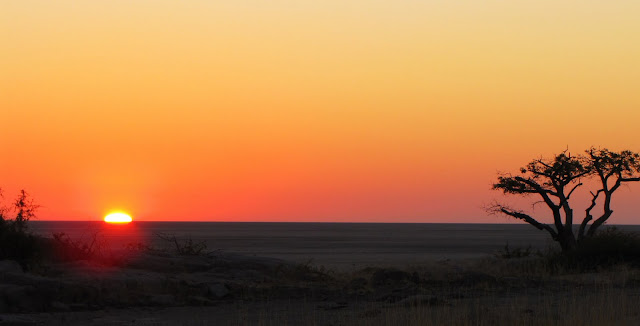 Then back to move around Kubu Island using trees and scrub to create my pictures. 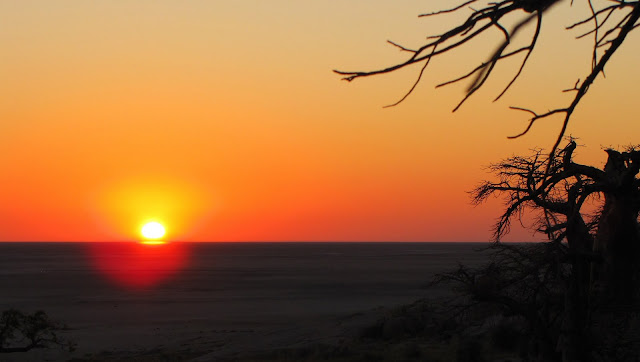 Nature breathes new warmth and light across the land: old trees and ancient rocks absorb it. They glow red in the light...just for me. 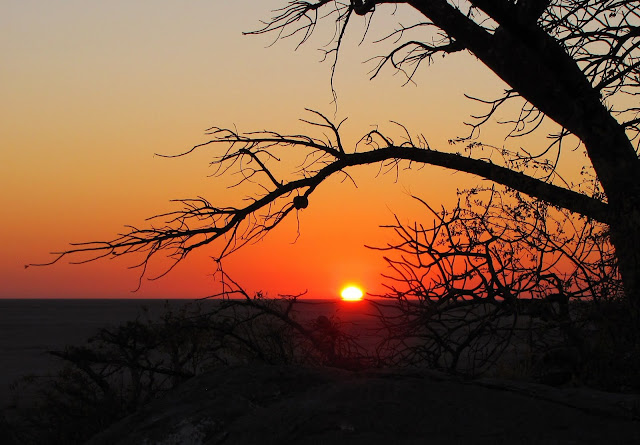 Kubu Island is now fully exposed in the morning's light. The moment is gone. Only during the golden hour does Kubu Island reveal an unexpected sensuous splendour for the early voyeur: a pile of rocks awaits the tardy, the unimaginative...the blinkered.


Rejoining my companions, the mug of instant coffee handed by our Italian interpreter hides my smugness- I know the intimacy of Kubu Island. I leave with the dream - the dream that showed me how to see a pile of rocks. 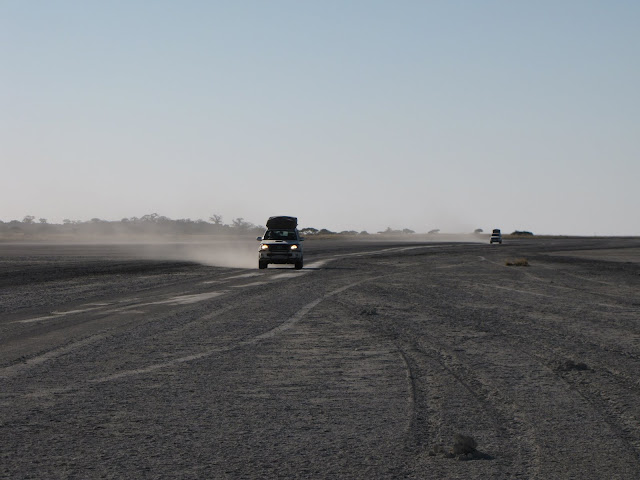 Wow! You nailed it. Exactly what I was trying to express. Send it back in to matador and if they don't like it this time, spend your money elsewhere.

LOL Barbara, coming from you that is wonderful.
Yep, laid it back in there, so we'll see.

Really nice blog.. n photos are just awesome.. :) you can check my blog if you like; here is the link:
http://www.iredeem.blogspot.com/

Absolutely wonderful, Jim! The writing is as dreamy as the images. This post is beautiful in every way.

Thanks Shreya, I 'll check you out. Thanka for the comment.

Hi AJ, so you reckon I nailed it? Thanks, that's 3 real big nails driven in !
BTW you dream when you write too!

I thought this was a family blog. What's with all that dream sequence? It was a Warthog!
And as I said at the time you had been away from Kay too long!
Nice pics Jim.

For my readers, Lily Trotter is our travelling companions Fred and Liz! They often sneak in here to see what I'm writing about them.
The Italian I refer to is the interpreter who accompanied us as the third couple were Italians who needed language help.
Ha Fred,Yeah, you're probably right.

I'll apply as an interpreter too :P

You have a flair with words Jim. I don't get to see much literary work done aside from Stu. Other blogs have their own categories but I love reading something poetic from men.

I wish I could read more of this kind of work. The words are smooth and flowing and very natural.

It has a great impact and it makes me love Africa more :)

Loved it among the posts I read today :)