Amazing, these Aussies will take all the glory given half a chance.
This huge poster in Seaworld at Gold Coast, Queensland a few months ago makes no mention of Phar Lap being a New Zealand born horse!
The greatest race horse of the Depression years of the early 1930's, "Wonder Horse" was foaled in Seadown just north of Timaru in South Canterbury, a place I know well, having holidayed with family for many years at the Opihi River Mouth.
Our shopping drives from there to Timaru took us past the memorial statue outside the farm where Phar Lap was born. That farm and the neighbouring farms have all been renamed to keep the legend alive. 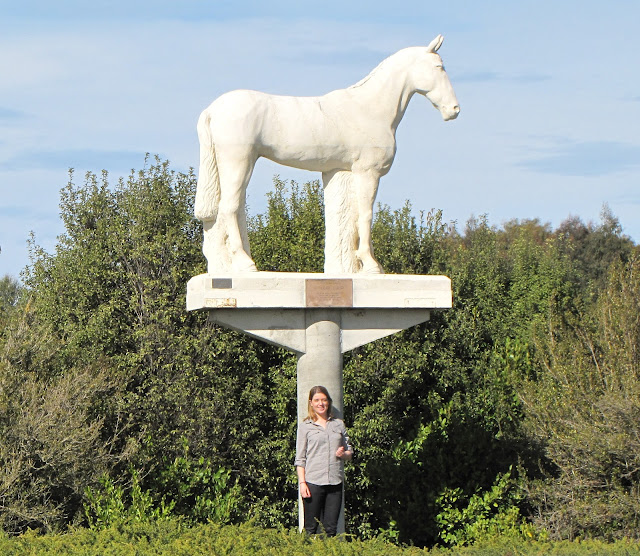 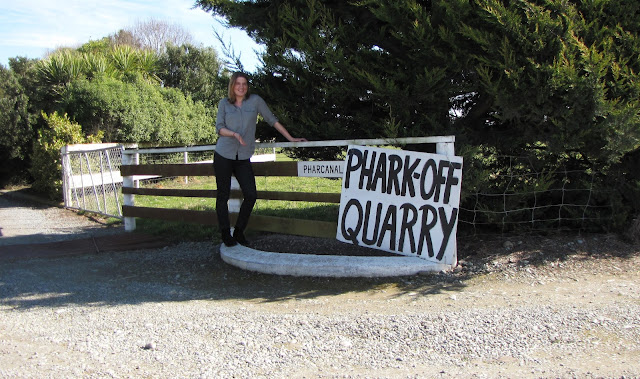 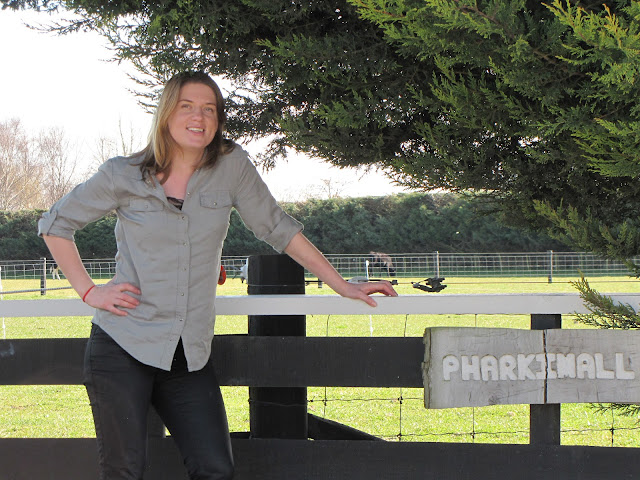 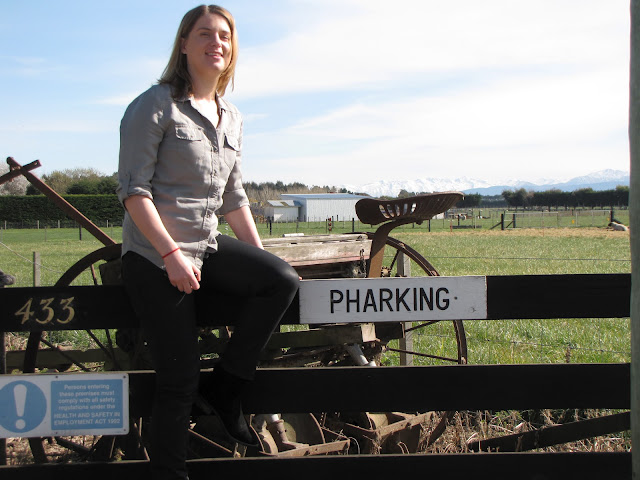 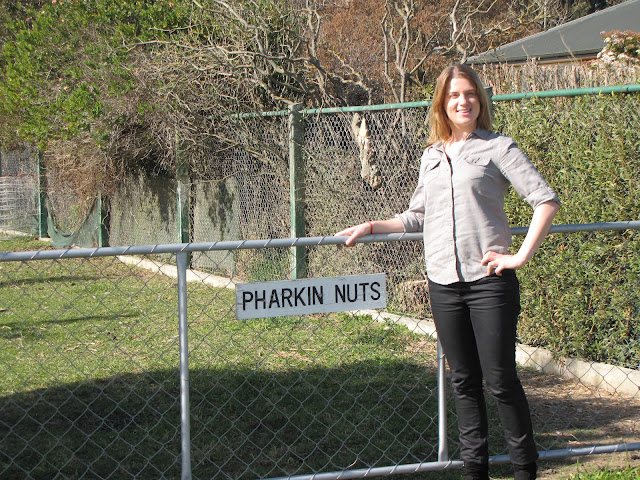 Phar out hey?!
Irrefutable proof that Phar Lap was born not phar from Timaru, South Canterbury.

Okay Elissa, you can stand down now!
No need to photobomb my pics anymore- we got the message!

Throughout history the role of the "contrarian"- the usurper of accepted thoughts and customs- has often been instrumental in progressing cultures, pushing forward our understanding of our world and establishing science, or rebelling against unjust tyrannical control of the population.
Someone is first to stand up and question, or voice new ideas that are felt in the hearts of many but are too dangerous to say openly.
The "contrarian" is too often seen as a threat to the establishment, and  sadly, harsh punishment even death is the price paid for challenging beliefs. 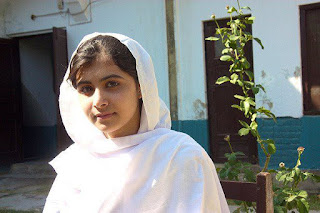 This poem was originally a few lines written and titled as "Contrarian".
When Malala Yousafzai was shot in Pakistan for agitating for women's education, I finished the verse and retitled this as "Song For Malala." in recognition of her courage daring to speak out for change.

We must speak out! We must challenge entrenched beliefs! We must voice new, or opposing ideas!
And we must support those who show courage and do so.

I fell into disfavour long before I was conceived,

my birthing challenged all those who told you to believe.
To tyrants I was threatening, to High Priests I might thieve
all of their adherents and lead them from their knees.

From the dawning of consciousness I would threaten beliefs
I had to be silenced: I questioned our great chiefs.
They would hang me, and draw me and tie me to a stake
but this freedom of expression they could never break!

Like a child with a birthmark I was left out on the ground,
taken to the river and left there to drown.
There were some who sought freedom who stood beside me
they would see through the darkness and bring me relief.

I was once a bright blossom sprung from Winter's discord,
admired by lovers of Freedom's written word.
But there are those who'd burn libraries to destroy truth within
all means were justified to keep me locked in.

I am written in Constitutions, enshrined in law
but there are those disbelieving in all they are for.
So they will burn me through the ages, rape me with their guns
they cannot abide me: I'm obscene to their mores.

As a child through the ages I struggled to breathe
held down by the elders who would not let me speak.
I was tortured in North Berwick, I was hanged at Salem's trials,
and in this enlightened age I am here again as a child.

I am the voice of reason,
a beacon in this world
shining through the darkness:
I am known as Free Will.

Reference to North Berwick and Salem is to remind Westerners, that we have also held beliefs that resulted in persecution, torture and death of 1,000's of innocent people in our own societies.
Our own family legend has an ancestor burnt as a witch in Scotland.

Latest on Malala is she is being transferred to UK for specialist medical care.
Malala going to UK

Innocence
When did we lose that sense of innocence?
When we were children playing free
falling from tall trees
crying with skinned knees
we played our games in innocence.

Innocence
When we played our silly childhood games
there was no one who was blamed
life was just a learning game
playing birds and bees
we lived in our childish world of innocence.

Innocence
When we lost our sense of innocence
life became a game that must be won
always a losing someone
there's a need to blame
in this world of forgotten innocence.

Written while listening to a favourite flamenco version of "Concierto De Aranguez" by Rodrigo, off a CD bought at Museo Del Bandelero, Rhonda, Spain in January 2001.
This museum is dedicated to the bandits once common in Malaga and Cadiz.
And the bandits were once somewhat of a tourist attraction in themselves!

"The Bandoleros, who operated in anything from groups of two or three men to large bands organised like small armies, terrorised the lonely mountain passes of Andalucía. No nobleman, no matter how well protected, would venture out to such parts without absolute necessity, yet for the tourist trade of the time it proved to be the greatest attraction of all. Today, tourists would run a mile at the prospect of being held up at gunpoint, but to the young dandies from northern Europe on their European Tour it all added to a romantic image of Andalucía that included the proud Spaniards with their exotic culture, fiery Gypsies and lonely mountain ranges terrorised by packs of wolves and bandits. What swashbuckling youngster would not jump at the chance of all that excitement, so when the likes of Lord Byron, Washington Irving and Prosper Merimée crossed the murderous tracks of the Serranía de Ronda by coach it was in the hope of meeting these famous scoundrels."

Tell me, Jacob, with that gleam in your eyes,
are you deceiving me?
When all the rhino are gone why safari in your land?
Are you listening please?
If elephants are slaughtered, and the lions are canned,
why travel in your empty land?
Tourists aren't impressed with empty wilderness:
wildlife needs protection urgently!

So, tell me Jacob, with your hand on your heart,
there's no skulduggery?
Lack of prosecutions is because they're way too smart
and thwart the judiciary?
We can't believe in this judicial mockery
as yet another poacher walks free!
The world's not impressed with lack of cohesiveness:
anti-poaching needs action urgently!

Oh, tell me Jacob, with your beguiling smile,
why aren't you convincing me?
Who will be skimming earnings off rhino horn stockpile?
What are we to believe?
The World's not impressed with your wish to represent
for legal trade to CITES.
So, tell us Jacob,
how does that stop the killing spree?! 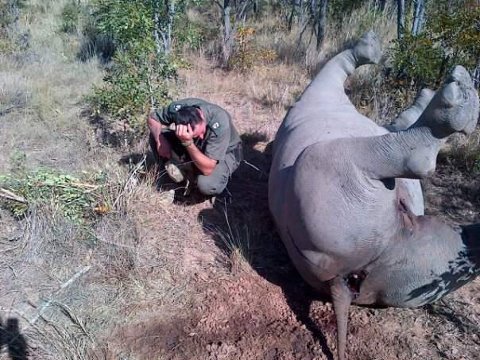 420 430 rhinos have been slaughtered in South Africa to date! The killing goes on!