Our Ger Stay in Mongolia: A vanishing way of life?

Dave and Deb from The Planet D are off on the
Mongol Rally, as you will have read here - 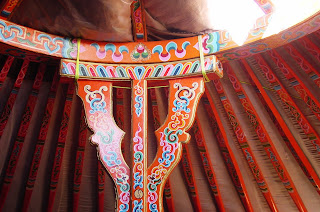 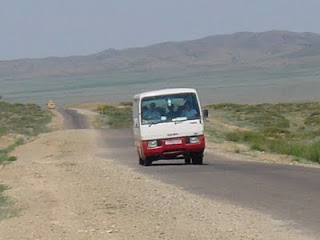 A way of life that has existed for 1,000's of years is under pressure to change, as Mongolia enters the modern world and urbanisation draws more children away from the nomadic life to jobs and careers in the city, mainly the capital. Fewer young are content to carry on the hard way of their parents. Coca-Cola and french fries are taking over from meat and dried cheese perhaps?
What hope that the Mongolian traditional nomadic way of life will continue?
8QMXZUNB6WJU

Our Ger Stay in Mongolia: A vanishing way of life?

Every time i used to think ,better to quit the city life and go to a village area and spend my life there .But after reading your post it seems like its tough to live .Do these people are exposed to urban life or technology ??

the modern lifestyle has finally caught up with the nomadic way of life there huh? i first learned of what a yak was through Sesame Street. the episode was brought to us by the letter Y.

What an amazing experience, Jim!!! Saw a NatGeo docu about this, except that the "invading" guest was Julia Roberts. She pretty much had the same wonderful experience, minus the close call with a horse. Haha!

I sure hope they could preserve this culture and way of life, but change is inevitable. But if the Amish can survive in 21st century America, then I think the ger-dwelling Mongols can.

How sad that "civilization" is taking over a centuries old life style. The culture and once again the ways of family are ignored for the profits of some. Great read Jim, thank you.

What an amazing adventure you and Kay had there, Jim! I so appreciate visiting and reading your blog, and being a 'virtual' tourist on your travels! Thank you for sharing them with all of us :)

Fascinating, staying in a Ger is still n my list of things that I want to do - one of these days it will happen

There's a reason архи tastes like vodka. That's what it is!

You're probaly right, they make it out of all sorts of stuff.

I hope we keep on asking those questions Jim. I hope they'll balance tradition with modernization of Mongolia.

I was struck with putting 'salt' on tea... really?

I would like to taste 'araka'...I wonder if it tastes something similar to anything we have here...

My desire to go to Mongolia also intensifies...hmmm...one wishful day, perhaps....even in dreams, i'd be content.