Poaching of elephants, for their tusks to supply Asian demand for ivory, is threatening the existence of elephants on this Earth. In 1979 anywhere between 1.3 million to 3 million elephants inhabited large areas of Africa. Now less than 600,000 remain, and poaching is increasing.

How long before the last wild elephant walks the savannah? 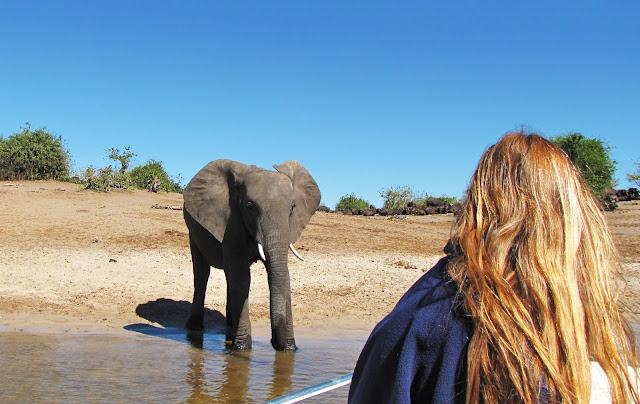 I'm going where my sisters wandered
where spreading Amarula tree
shaded all my mother's mothers
there, ancient memory calls me. 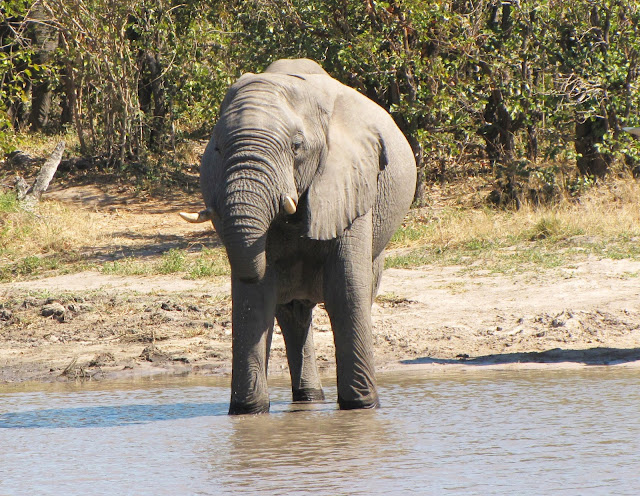 I'm going where cattle now wander
where shady trees have long disappeared
where cool clear waters of my memory
now no longer will be shared. 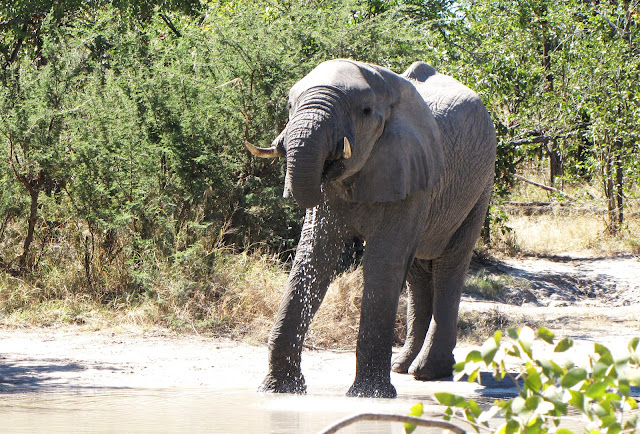 I wish I could find all my sisters.
I wish for one of my kind to share
this loneliness that I carry.
Maybe I'll find my family there? 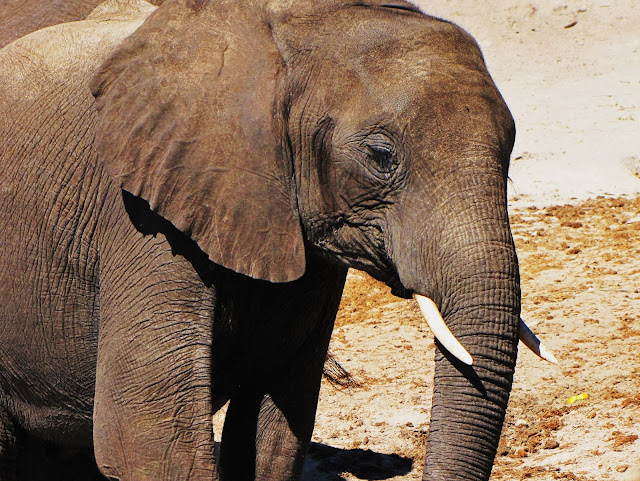 Where I'm going danger seeks me
where I tread I must beware
every step is placed so gently
not to spring the poacher's wire snare. 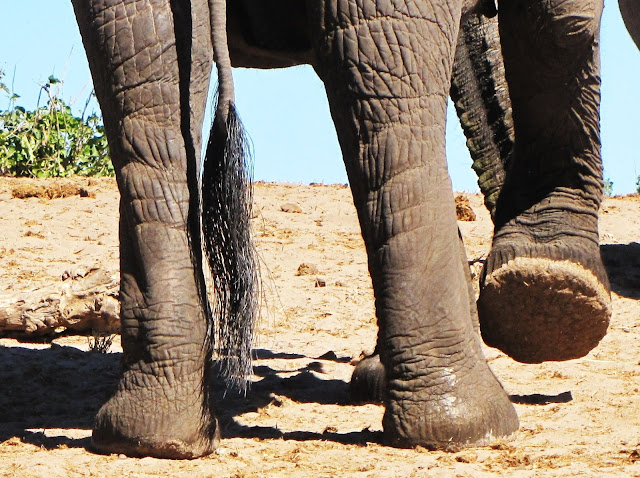 Even our old migration pathways,
beaten hard by a million treads,
ploughed and planted with sweet maize treats,
should I enter I'll be speared. 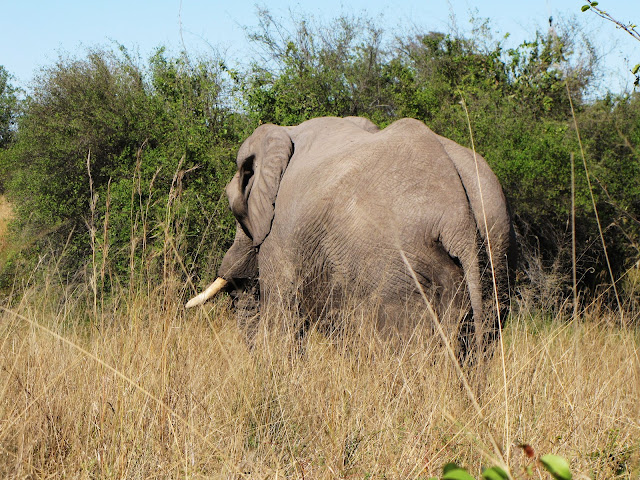 Where I'm going cool clear waters
are no longer to be shared.
Shady trees are no longer standing,
only danger awaits me there. 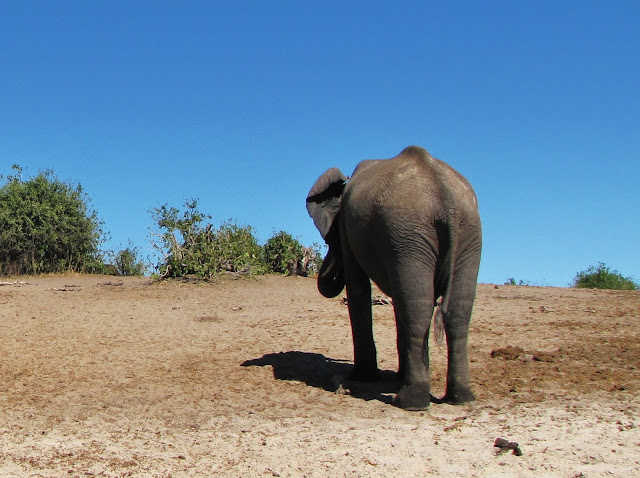 I wish I could go see my mother
I wish I were no more alone
but now the world has turned against us;
my family just dust and bone. 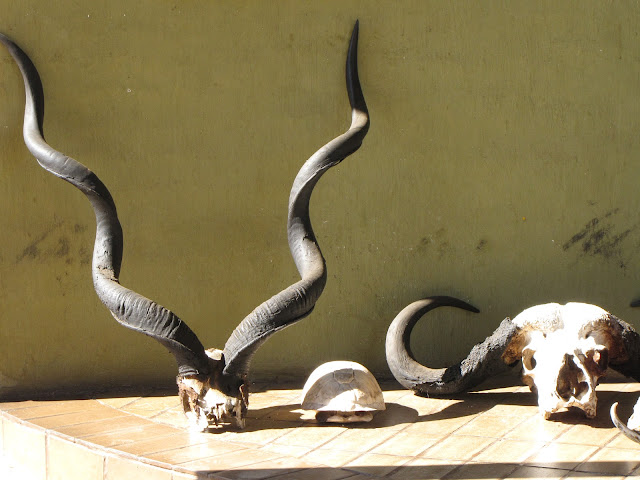 I'm going where cool clear waters
of my memory once flowed where
all my family are now gathered,
and I will sleep forever there. 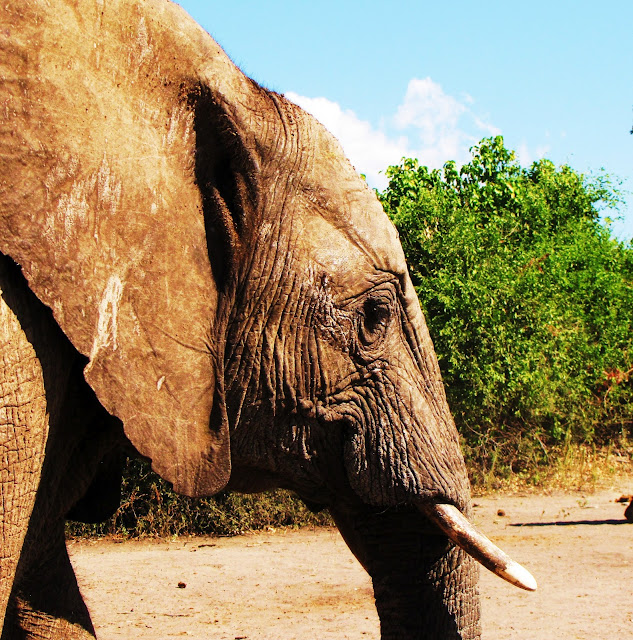 
There is violence within the silence of the ponderosa timberline.
Hiding beyond the border of white briar and blue columbine
the steel spring-jawed 'engine' awaits concealed in the trapping line
to snap and lay its teeth upon the beautiful wild canine.

There's a concealed intruder awaits beyond the timberline,
hidden amongst tall birch and ponderosa pine.
Silence is now broken: there's howling from the timberline.
Blood flows amidst the beauty of white briar and blue columbine.

A timber wolf climbs the slopes beyond the timberline
seeking out the highest rock above the ponderosa pine.
A lonesome howl, so primeval, heard down throughout all time,
called for his lost mate who cannot make more than the softest whine.

The melancholy wild-call echoes throughout the timberline,
one lover calls another now beyond briar and blue columbine.
But the cold steel-jawed 'engine' has a far stronger embracing bind
than the call any love may hold on another's missing kind.

Is humanity merely callous now or are we merely fools
that we can't save ourselves if we cannot save our wolves?
When the call of the wild is silenced beyond the timberline,
will that violence then be turned upon the loved of yours and mine? 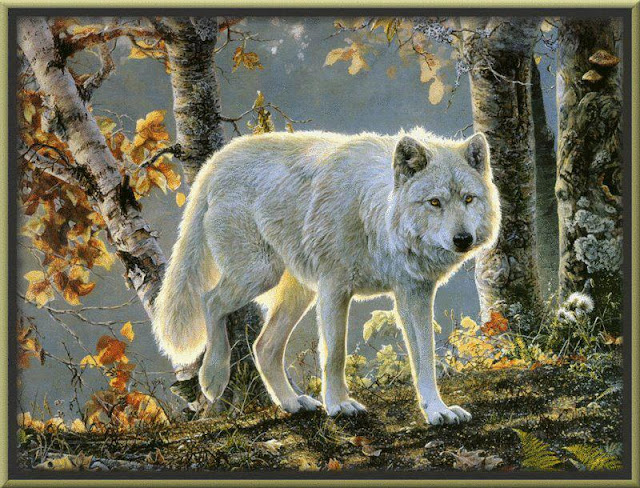 This is not a photo but an exceptional painting by a friend Jan Martin McGuire, wildlife painter.

The "steel spring-jawed engine" is a gin-trap, the word ''gin'' thought to have evolved from long ago when all mechanical devices were called ''engines''. Banned now in many countries as unnecessarily cruel. Trapping season of course does not coincide with flowering briar and columbine but there's many a trapper been unable to get back to his trapping line for one reason or another, and these armed steel traps lie in wait until finally sprung by any unsuspecting animal which dies a slow agonising death.

Editor's note: I have edited to read "blue" rather than originally written as "red" Columbine as the red is generally native to Eastern North America, and wolves are more associated with Central or Western States where the native columbine is the blue variety.

My daddy never had time for my growing
I lost my mother early in my youth.
Found my way through lots of mistakes for the knowing
Seemed I could never make enough
You never do make enough....

Sometimes I felt like a child in a waste dump
or a dog picking over Monday's trash.
But now and then there's a diamond in there glowing,
if you ever get to look hard enough
for that diamond in the rough....

Every kid needs to feel when he's a-growing
he's still a part of our society.
You gotta think all the rocks he is throwing
are to grab some notice from you and me.
Maybe he's wanting you to see....

Nowadays I think our kids need their mentors
tough enough to clip them around the ears.
Maybe kids wish to learn the respect that engenders
to last those kids throughout their years?
Make those boundaries loud and clear....


Remember we should look for those diamonds,
how to recognise when they appear?
You want a diamond, takes time heat and pressure
to turn that coal dust into gems.
Is it time we toughen up on them?