Q IS FOR QUEASY! : THE A- Z CHALLENGE

Q IS FOR QUEASY!
THE A- Z CHALLENGE
Queasy!
Yes that horrible feeling in the stomach that sneaks all through you when you've eaten something dodgy, partaken of great food at the cleanest looking restaurant, or even enjoyed a well presented buffet at a sumptuous resort! Just bad luck, but it goes hand in hand with travelling.
Sure you plastered yourself with antiseptic handwash gel, you were careful to only drink bottled water, and you wiped yourself all over after using the toilets. But you are a traveller, you travel new countries, you eat unusual food, you take on bacteria your body just isn't used to, and sooner or later you will get struck down with that horrible nauseous queasy feeling....and you just gotta go....!!
Yep, I know the feeling too well. Before taking off to Ethiopia we both spent a fortune on a course of Dukerol. Two oral doses each at $50 a shot, plus the doctors fee, and we thought the $300 would be money well spent. Dukerol should protect the traveller from cholera and the range of tummy bugs in that family that cause a lot of traveller diarrhea. But 4 days into our Addis Ababa experience I was feeling queasy? Can you believe my luck!? What a waste of money on that med.
Orchha Resort.﻿﻿﻿ ﻿﻿﻿
I got really crook in Orchha, a city of ancient temples and palaces in between Jhansi and Gwalior in Tikamgarh district of Madhya Pradesh state, India. The buffet at the Orchha Resort I care to blame- it looked so appealing. But it was the height of summer, and long power cuts played havoc with any attempt to keep food refrigerated, so I guess some may have sat on that buffet table too long!
Next day was an early start to get down to Varanasi, and our tour group spent what seemed like hours on the railway platform waiting for the train with me stretched out over any comfy soft bag I could capture, too weak to move. I knew where the restrooms were- anyone in my condition just has too.
Suddenly the need for a mad dash was upon me, so I charged down the platform straight into what looked like the toilets. There was a large room, and a male supervisor behind his desk waving his arms and yelling at me. I grimaced, waved him aside and rushed past him, through a mass of women and just managed to push past one heading into the cubicle.
What went on in there I have no need to describe!
Feeling much better, I exited from the cubicle, through the crowd of women, to be confronted by that gesticulating and agitated supervisor, who was giving me the head wobbles and waving at something outside. I presented him with what I thought was the requested service fee carefully with both hands, smiled and gestured thanks to him. I was out of there.
Only to charge back in 15 minutes later!
This time my new found gentleman friend waved his hands in what I later thought was a sign of resignation, and I charged through another throng of women. Strange that men seem to be able to hold on a long time in India I thought... managed to dive into another cubicle just beating another woman to it.
Coming out my friend never even bothered to wave at me...I guess we were old friends by now. And who knows...we could be meeting again very soon. This was starting to cost a few dollars too!
Those bags had kinked a few back muscles and I was feeling good enough to take a walk towards the other end of the platform... right past a room full men...
The penny dropped!
Have you ever had a queasy travel  moment? 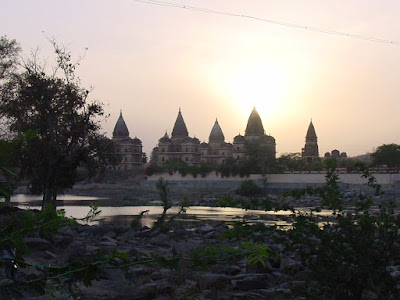 Q IS FOR QUEASY! : THE A- Z CHALLENGE

Oh, my. You ever forget that experience!

I had what can only be described as Pharoh's Trots in Eygpt. I won't go into the particulars. Let's just say I needed both the loo and sink, at the same time. I've never experienced anything like it before or since.

Ouch, must have been such an experience. Luckily for me I have that Asian stomach so it's rarely I'm rushing for the loo :)

You sure don't forget it!
But I guess any dumb tourist in a hurry can be forgiven for mistaking the woen's....tell the truth I was in no state to care.

This is really funny...but not too! The queasy feeling is what I get from the toilets!! But seriously, I was told that one of the tricks of not getting your stomach upset (after all the other precautions you mentioned) was to cover your stomach and keep it warm in places like Delhi (the Delhi belly, remember) and Bangalore!
I'm getting kinda addicted to your blog, Jim. You'll make a traveler out of me again! Jhansi, Varanasi, Allahabad...old haunts again thanks to Dad being posted in Allahabad and we taking in the whole area.

Jim,
I am QUEASY for you. What a horrible experience to have while on holiday.
Glad you survived
xoxo
Jess

Hahaha! I feel your pain - but that doesn't stop me from enjoying a cruel laugh at your expense!!

And of course I haven't had any queasy travel moments - travel for me is always simple and easy! And ... if you believe THAT, I have a bridge to sell you!!

Don't worry Red, Jessica and Corinne, I laugh every time I think of me as the so experienced traveller rushing into the women's toilet and pushing them all aside....some dumb tourist!

Thank God I never have... But then I have never traveled to that part of the world not sure I want to now lol I had to laugh at your choice of rooms when you have to go you have to go lol

That's why I like your blog. I can travel along vicariously and you do the trots. I've been there and remember how it can ruin a trip. Thanks for giving me the QUEASY-NOT trip. Ha ha
Manzanita

say jim have you ever tried limes for the problem history clams that it works. limey from a limey they call it monta zuma revenge here. thank you and god bless

Queezy and I don't mix well. So sorry you had that experience.

I felt a little squeamish after reading this... Must be the effect of the experience you had that I have to envision myself in your shoes.... Geez, lucky you Jim! You survived such an "ordeal"...LOL

Thank goodness I haven't had anything like that. Worst I had was food poisoning - absolute worst thing I have ever experienced. I was in Phoenix and was in the process of moving from South Carolina to California. Not an experience I want to go through again - although I did last year. I got it again while at work and threw up in my car while driving. Fun times!

Hi JIM and Manzanita, good to see you back. It's all part and parcel of travelling, strange food, stress, bacteria you're not used to. Just have to be prepared...lots of Imodium.

Roy, there's never a lime when you need a lime though!

Mary, there'll be other times like this that's for certain!

Jorie, sorry you were uneasy about reading this. Oh and I've found my snake photos. Snake post coming up just for ya!

You wreck your car Jeremy? I agree you can get bad food poisoning in our home countries...just a poorly prepared chicken meal and whammo! Ya gotta go!

Hahaha... I love how the guy finally gave up and was just resigned to your being in there.

My partner and I both experience Delhi Belly while in India for three weeks. Much harder when you're trying to share one bathroom....

So are you taking any precautions prior to your next trip?? I spent 12 hours on the floor of a WC on a flight from Bangkok to Sydney :(

LOL! The queasiest moment was on top of Mt. Fuji at a make shift restroom next to a log cabin. I saw a lot of unspeakable things on the ground.

Oh, what a travel day for you. I think most of us have had those moments when traveling. It's best when they are over!

lol... pretty funny read, especially since I've been in the same situation. I have a "picky" stomach, so this has happened to me a few times. My most recent queasy moment was while hiking Pacaya Volcano in Guatemala. On my way down I got "the call" (too many roasted marshmallows?) and almost had to sprint my way down the volcano... normally a 40 minutes walk... yikes!

Christy, it can be very strengthening on a relationship when both get the Delhi Belly...having to look after each other!

Hi John, what a way to have a laover in an airport...laying around on the floor like that! And all you want is just to get home!

Hi Lisa, yeah part of the hassle of being a traveller, isn't it. Crazy how we go back into it again. I'd have thought after it happening so many times we'd gain some sort of immunity by now!

Norbert, you ever thought of entering the Boston Marathon next time you get struck?!