Welcome to Travel Photo Thursday once again, and this week I thought we'd take a peek inside churches in Ethiopia.

Christianity in Ethiopia dates way back to the 1st Century AD, shortly after the early apostles spread out through the then known world preaching the new faith. Christianity became the state religion around 330AD, withstanding many later Islamic attempts to invade and convert the country, however being surrounded by Islamic cultures, its isolation saw it develop quite differently from mainstream Christianity in Europe. "Develop" is perhaps the wrong word to use there - it would be better to say that that the Coptic Christian Church that survived in Ethiopia may be closer to the roots, ceremonies and practices of early Christian beliefs whereas it is European based Christianity that changed. 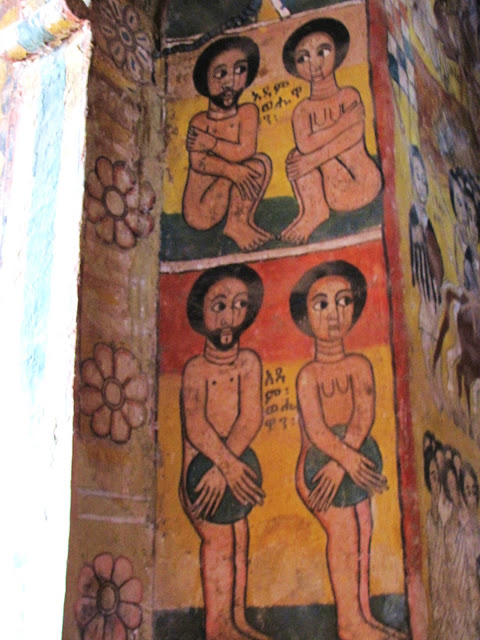 Generally churches will be covered inside with pictures depicting bible scenes, and associated legends. The dark, almost airless interiors have protected the still brilliant colours. Here we see Adam and Eve depicted nude in the first, then covering in shame before expulsion from Eden. 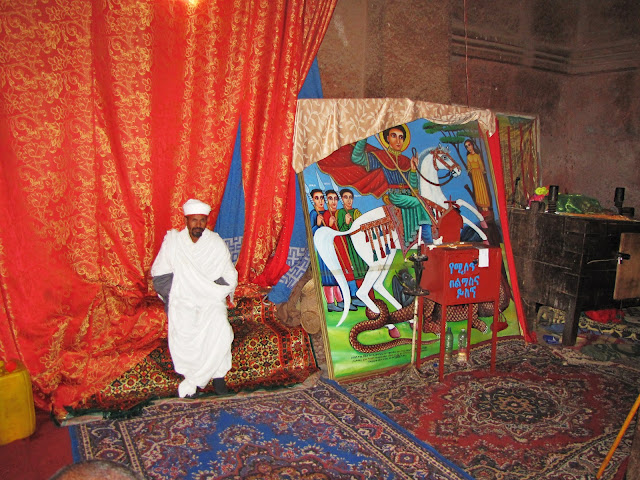 An attendant guards a depiction of Saint George killing the dragon. This legend which we will be familiar with is strongly represented in every church. You are looking at paintings and carpets that may be hundreds of years old, perhaps over 1,000. Most early churches are rock cut - constructed by cutting the whole church into the cliffs. 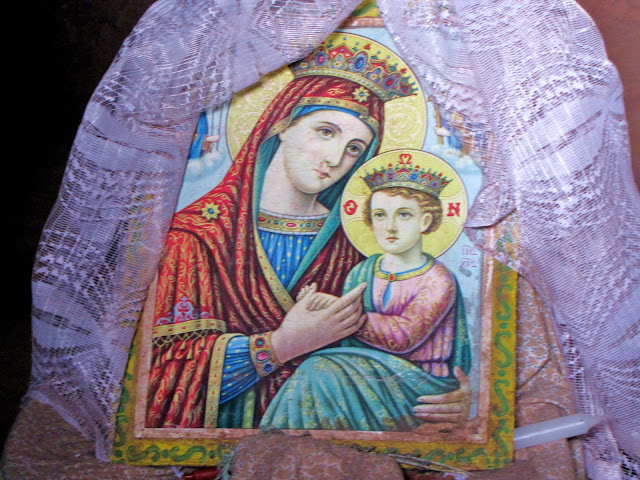 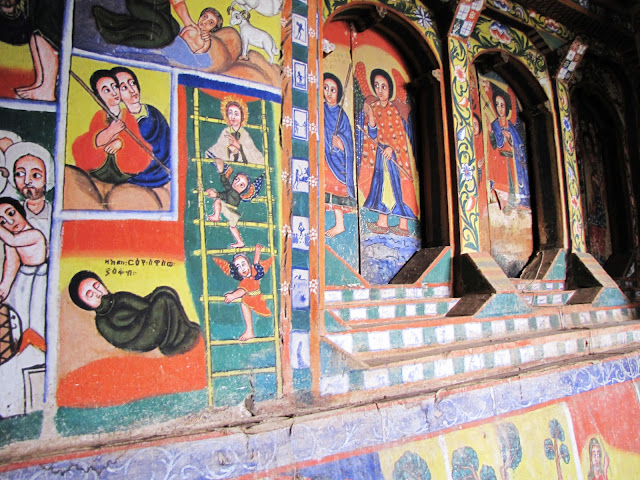 That may be climbing Jacob's ladder.
Still brilliant colours after so many centuries. Many of these churches built around 1200Ad. 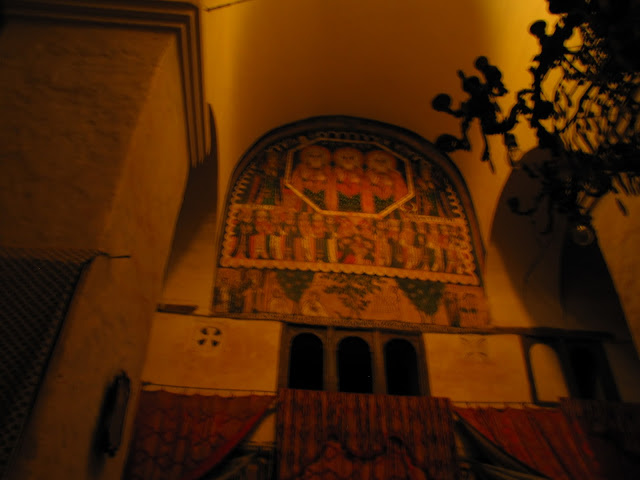 Hard time focusing in the gloomy interiors so many shots didn't turn out very well, but this is included to give a general idea of the interiors. 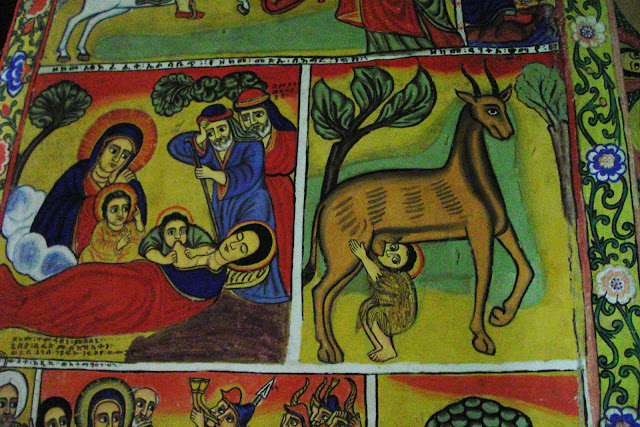 Not knowing the bible all too well, you'll have to leave comments about the scenes depicted here. I guess someone is a wee bit thirsty.

Travel Photo Thursday is on again where travel bloggers post up their great pics from around the world. Join us! Head over to Nancie's Budget Traveler's Sandbox and post up your travel photo and link into the fun!

Your link over at Budget Travelers is not working. You might want to check it out. For some reason it comes back to BTS.

Jim,
Super job presenting this one, in photos and the written word. I enjoyed it !

i envy you Jim! It's my dream to visit Ethiopia! i particularly like those divine murals.

Visiting Ethiopian churches is way up there on my list. I'm particularly fascinated by Lalibela. Thanks for taking me there with your photos.

Whole heap of photos I could have added Nancie. I was really fascinated by the painted murals. So gorgeous, so brilliant and depicting so many stories from the bible, and many historical events.

Thanks Adrienne, they paintings are truly wonderful.

Hi Pinay, yep, you will love to explore Ethiopia and the churchs, given the Christian faith there is now thought to be as close to original Christian practises than our modern is. I find that very interesting.

Hi Inside Journeys. Go for it. I haven't been to Egypt but I reckon Ethiopia's history and sites are almost as grand...and there's far less tourists!

Thanks Mike. You reckon I'm getting better at writing and presenting pics?
Coming from one of the greatest photographers around, I am chuffed!

it's great to read about countries which don't generally make it on travel blogs!

Love this! Lalibela is so fascinating and I didn't even know about the colourful (and entertaining) interiors.

These interiors are fascinating. So colorful & interesting. Love your commentary, too.

Wow it is amazing that the colours are still SO bright and clear. Fantastic post.

Traveling in other countries is especially fun because others often attribute your differences to the less-stigmatizing idea that you're like this only because you're a foreigner.