Welcome everyone, to this special performance  by Johhny Clegg for YouTube Tuesday!

One of South Africa's greatest musicians, Johnny Clegg has been a favourite of mine since 1987 when I first bought his "Third World Child" CD, recorded with the group "Savuka". Third World Child was a very brave recording by Johnny Clegg and Savuka, with its references to the struggle against the apartheid political situation of the time and mention of various martyrs and  Nelson Mandela.


I now have many CDs and DVDs of this exceptional showman. Attending his live performances is not just a musical experience, but also a learning one; this excellent entertainer is also a great commentator on South Africa's life and history as he introduces his songs. When you attend his live performance (as we did when he toured New Zealand a few years ago,) you will feel you are taken to South Africa with his music and stories about the history and culture of the "Rainbow Nation".


In 2008, Kay and I travelled with G Adventures from Cape Town to Windhoek. Our excellent guide Gerhard (Guts) Swanepol asked me if I had heard of Johnny Clegg, and I was able to say "I love that guy!"
Then he loaned me his MP3 player and I listened to a song I had never heard before of Johhny Clegg's. That song was "Impi". It stuck in my mind and later I was able to search and find it on YouTube.


Last week's Travel Thursday Photo of the Zulu Memorial at  Isandlwana brought back memories of our time exploring the Battlefields area of KwaZulu-Natal, South Africa and brings "Impi" up to the top of my playlist.


"Impi" is a song about the Zulu victory over Chelmsford's army at Isandlwana.

It is said that during the battle of Isandlwana, the initial charges by the Zulu impis were beaten off by the constant decimating fire of the defenders, and the warriors had gone to ground after seeing so many of their tribesmen killed.
The attack had stalled and defeat faced the zulus, until one Impi leader stood and challenged his men to rise and fight. Further charges, and the defenders rate of fire lessening, allowed the zulu to breakthrough and the bloody slaughter saw over 1300 troops and support personnel killed.

The war chant is blood stirring. Listen and imagine the challenge to battle, and how you'd react.
We have elephants in all their majestic power to watch to the music.
I love that elephant. 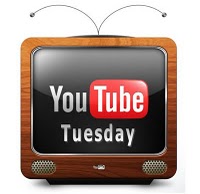 
Translation for the Zulu challenge-
Impi! wo 'nans' impi﻿ iyeza - Warriors ! There is the warriors challenge
Obani bengathinta amabhubesi? - Who will touch the lions?,


Share your favorite video every Tuesday. Be Creative, and have fun. The video can be about anything.
Visit Tiger Time for more great YouTube Tuesday selections. Josh is the man with the plan! Leave your name and link in his linky tool so everyone can view your video selection.

There is something that always touches me when I hear South African Music...I have never heard this artist before and he is wonderful...you are right it is really powerful...a moment in the past brought into the present and teaching us the history of another culture...his use of Vultures in the battlefied verse paints a powerful visual...thanks for sharing this Jim...I love travelling with you....

The music doesn't just touch me Raven Myth, it grabs me. I have collected many CDs of African music, different styles , different countries. In a way we need remember much modern music has its roots in Africa.
That line you referred to about the vultures wheeling, you're so right about - conjures up a powerful image.

History told through music. Thanks for posting the lyrics. I've started appreciating world music since you posted these South African music videos, Jim.

The story of this battle is very sad, the number of lives lost. I would have to read more about the whole situation to better understand it, but the song itself has a triumphant feeling to it. The harmonies are beautiful and stirring. I love this about your blog, Jim - you always introduce me to new music, new experiences, new causes, new images. :)

Haunting and inspiring all at once, Jim. Your picks are always treasures!

I love every video you post. I too love traveling with you. This one is especially powerful. Thank you for sharing this with us.

I forgot the elephants oh my goodness, I love them. How could I forget. so beautiful.

I enjoy exploring other cultures and their music and you allow me to do that through your blog. Thank you Jim :)

The music is wonderful Jim and I love the wildlife in the video :)

Cool music! I like the wildlife shots even more though. :)

I'm not so into the music ..but I love watching the animals..I would love to cuddle and elephant,,,,As always...

I have goosebumps listening to this one...I am truly fascinated Jim.

I have always been a fan of Johnny Clegg.

Great song loved the video too :)