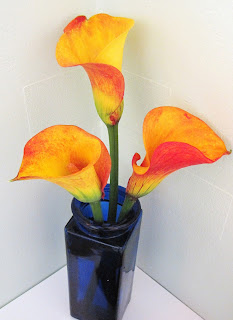 I have been asked about post TURP operation effects, the topic I wrote about here - Tomorrow's Leopard.  I have many emails, two male friends of ours have had lengthy discussions with me, and what's really intriguing is all of our female friends have been very concerned to know how it has affected me. They're pretty cool with the operation, but are really interested about the ongoing physical effects upon myself. They are really concerned. We've got great friends for which we are very thrilled to have, so there has been some weird discussions and a lot of banter going on, particularly after we've all got together over dinner and the wine has been flowing. I can't blame them for being so intrigued because for we mere males, it can be a scary operation, but of course never as bad as having a baby I'm constantly reminded by all the females in my life. So let's run through the after effects.

Ah, but before we talk about that, let's talk about leopards. Leopards ( Panthera pardus pardus ) were an essential part of that story, real and as a  metaphorical representation of fear, and like most of Africa's wildlife are under stress and classified as near threatened. Numbers are declining due mainly to human agricultural sprawl into wilderness areas, and farmers and locals killing them when they come into contact. The incident Hendrik related of the usual retaliatory method of killing a leopard that was taking their sheep and goats is sadly too common. Today there are conservation organisations addressing that type of situation, and developing new solutions that local communities and farmers can with education put into practice to preserve their flocks, and wildlife.
New ideas include running other animals with herds to protect them. Read about the amazing programs introducing huge Kangal and Anatolian dogs from Turkey and Central Asia to protect farmers livestock from cheetah and leopard here-
Guarding dog_program
and on video here-
youtube Guard dog program
And there is even a program of training donkeys to run with the cattle. The female donkey will foal just before the cattle, and will not just guard her foal, but all the calves in the herd!
In concert with these programs, many farmers are beginning to farm small herds of gazelle, or springbok as a prey base buffer to ensure they don't attack the livestock. New methods, new ideas... invaluable to protect the last 12,000 cheetah in this world and the near threatened leopard.

Travel Africa magazine has an excellent article here which outlines the history of Africat and how they are developing strategies to minimize human-wildlife conflict. Naankuse just outside  of Windhoek, Namibia, ( where Kay and I met up with our daughters Elissa and Emma for a volunteer period in July 2009, ) also operate a rehabilitation and release scheme. Naankuse have rehabilitated and released many large cats- leopard, cheetah and caracal as well as hyena into wilderness areas in the Namib Rand away from farms. GPS collars are fitted to track their ability to survive in their new ranges. Other cheetah, leopards and lions that are too human habituated to release are living their lives out in huge enclosures. It is sad to see them there, but better than them being shot as they would seek food near humans if released and be a danger.

I don't like to think of another wild creature being shot, when perhaps education, and new ideas can be used to intervene and perhaps deter leopard attacks on livestock, or have them captured and relocated. As a traveller, take the time to read more about these issues, and perhaps even consider a volunteer period at one of the wildlife sanctuaries. I'll list some below. Hopefully Hendrik or his village kids will never have to kill another leopard. They are magnificent creatures.

As to the other subject of "Tomorrow's Leopard", the operation, the after effects have been not so bad. Bored ( pun intended ) at sitting ( well not for very long...) around home, I toddled off to work the Wednesday after the op, and tenderly waddled around getting light duties done. Pain killers and Sachets of ural alkalinisers got me through, and 10 days after the op I'm off those and  fully mobile and banging out those shoes at work. 18 days later, I'm almost completely over it. Gee, it's been pretty easy to get through. I probably shouldn't have said that because... it's not as bad as having a baby, you know! Occasionally, can't a man have a bit of mothering?

Oh and did I hear another woman ask about that other thing again?

I'm not telling but there's a clue here- 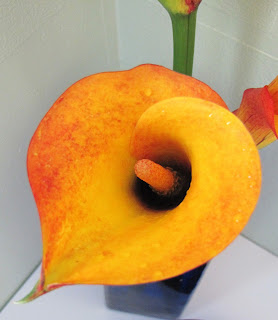 Oh and by the way, the bathroom cabinet has been bothering us both since I put it up...we just worked out that it's on the wall- upside down!

Amazing stories, I'm off to follow your links on guarding and find out a bit more. I also wish you a very speedy recovery, although you seem to be doing just fine :)

Hehe great post... It's amazing how few are left of these magnificent creatures. There obviously has to be advancements in sustainability through agriculture within Africa but firstly there should be a sanctuary of some sort for these animals to live how they always have. I know this may sound ignorant as I can imagine the obstacles that would have to be overcome with so many opposing political parties and groups.

As for us males wanting sympathy? Well I've been told everytime I'm ill I make it out that I'm on my death bed, hehe But I am!!!!!

Great to hear you're fighting fit again Jim! Hope the big cats of Naankuse are kept safe in equally good health too.

Jim had a friend who had the same operation two weeks ago, only yesterday to have emergency quadruple bypass! What bad luck that is. Enjoy the warmer weather in NZ and have an enjoyable Christmas period.

This is really an interesting post - followed the links to read more about the guard dogs. Cute little things but wouldn't like to meet one guarding its herd. Great to hear that they are trying alternatives rather than shooting - at least farmers are open to this.

@ SJ. glad you are checking those links, and spread that knowledge around too, Thanks.

@ Jools. Glad you're back. Keep warm over there.

@ John. Gee that should have been picked up before the op John. Lucky guy, trust he's going to be fit and well now.
@ Kerry-Ann Those guard dogs aren't so little. Size of a bull mastiff! But you're right about the alternatives, and many farmers are changing their attitudes if there are other ways shown to them.

@ All, thanks for the comments, and have a great Christmas everyone!

Good luck with the recovery. Every man cringes with you on this one! Let's just hope you don't get treated like one of these leopards you speak of! :)

Hiya Jeremy, I cracked up when I read your comment. Real funny mate, loved it!

Have you ever heard about childbirth Jim. Craig still complains at how i nearly squeezed his hand off!! He He
I'm glad you are back to your normal self. I've always wondered how anyone could ever really know if childbirth was more painful than something a man goes through. Nevertheless, I still think childbirth is worse.
Love how you are fighting for those beautiful leopards. They are lucky to have you as their friend

So glad to hear you are doing well. Keep the posts coming!