The first of our guest bloggers, - a wonderful guy I grew to respect on our Elephant-Human Relations Aid project in Namibia, 2008 - has submitted a claim for compensation for my boots that have finally worn out. But this canny bootmaker has asked him to submit in writing an account of how they have been used since he took ownership of my travelling boots, and I was able to establish that the unconditional guarantee expired when they stood in the dog shit!
Dog shit is not good for anything these days: it used to be used for leather tanning, but no more...hopefully.

Edwin Ramboer writes March 29.
2 years ago, I was working for EHRA, in Namibia. My job was taking care of the volunteers who came to help building walls and protecting the desert elephants. The most exciting part was the volunteers, as one never could tell what kind of weird people would come along...
One of those guys was Jim, a Kiwi who looked like a modern crocodile dundee... 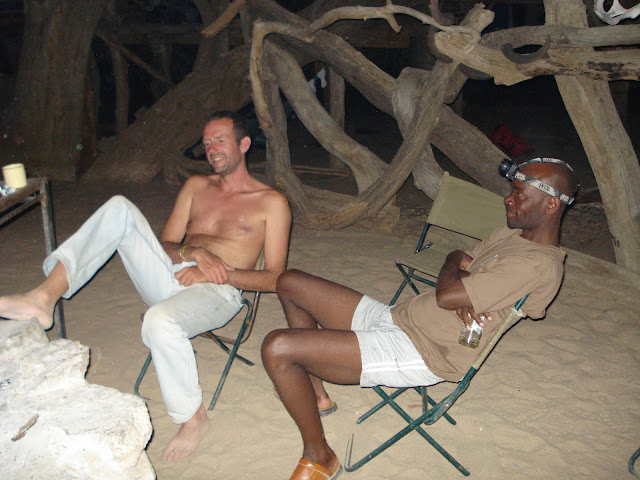 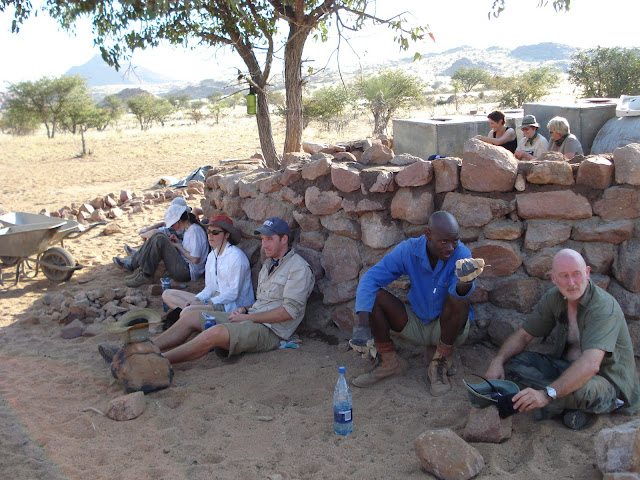 "Hey Dave, you reckon we can pinch those boots off Jim for Edwin"

After a while it appeared that Jim was making shoes for a living. Not just shoes, as he made the shoes for the actors of 'Lord of the Rings'! I was quite impressed about this, and was a bit jealous about the selfmade shoes he was wearing, especially as mine were falling apart after the hard labour on rocks and in the sand and heat. 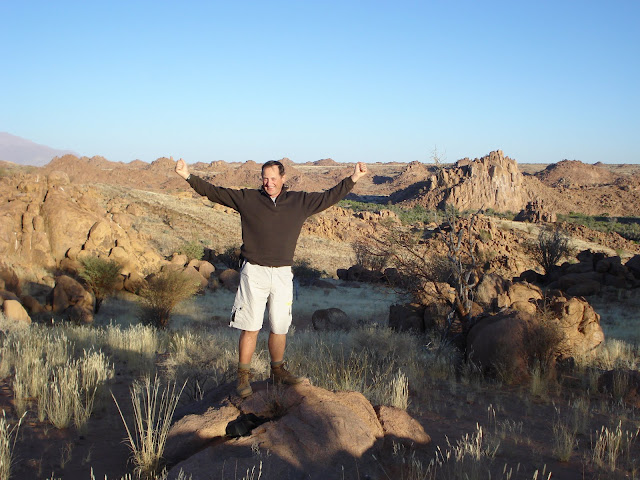 You want my boots, you come get them offa me!

When Jim left, he gave me a great present; his shoes!!!!

Those shoes I've been wearing with pleasure for the rest of my time in Namibia. Back in Belgium, I kept wearing his shoes-boots, no matter where I went to. They adapted quite well from the desert, to Belgian pubs, beer, my cat, sheep, mud and rain on my farm.
A bit later I took them on a trip to Italy, where they could see and touch snow for the first time! But still they weren't satisfied...
So last year I took off with some friends in a 4x4 towards Mali.

The shoes loved to be back in a 4x4, and enjoyed going through France, crossing the Pyrenees, and having a little walk in the mountains.
From there we crossed Spain, where it was about -20°C, and again lots of snow.
Once in the far south of Spain, they enjoyed the view of Morocco, despite a huge cyclone and heavy rains and storms. But at the end they met dog dung, from too close by, and they wanted to go back to Belgium.... All this in 6 days!
Now they are waiting quietly and patiently for the next adventure, which will be skiing in Italy next week, and who knows, after that, looking for mountain gorillas?

A PS. from me-Here's the reason the car rally from Plymouth to Bamako,Mali was cancelled-
http://www.theregister.co.uk/2009/12/11/plymouthbanjul_cancelled/