"Shit! There’s an elephant right behind you guys!" Sam exclaimed in wide eyed horror.
Freezing, adrenaline pumping, and fighting the rising fear, I turned my head slowly to see a monstrous black shape just 12 metres away, silhouetted in the moonlight next to the very tree we were sitting under. Alan and Earl  froze also. First night at Base Camp on the Ugab River bed, Damaraland, Namibia, and we guys were yakking around the dying embers of the braie, late at night, getting to know each other as all strangers would.

Now we four were caught off guard, up so close to a huge bull elephant with no chance of getting away if he chose to charge. Those few beers we'd had wouldn't help us move either....
How on earth does such a huge animal walk up behind you so silently?

Strangely my fear subsided, and I began to appreciate the moment. This was unique. This was so unexpected. This was what I'd come for, an adventure! Time seemed to slow down as I sank into the moment, just to absorb every second, because there's never going to be another time like this again. 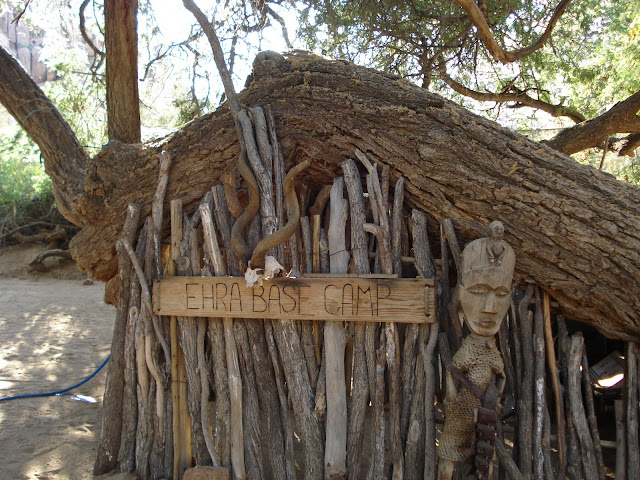 Welcome to Base Camp. 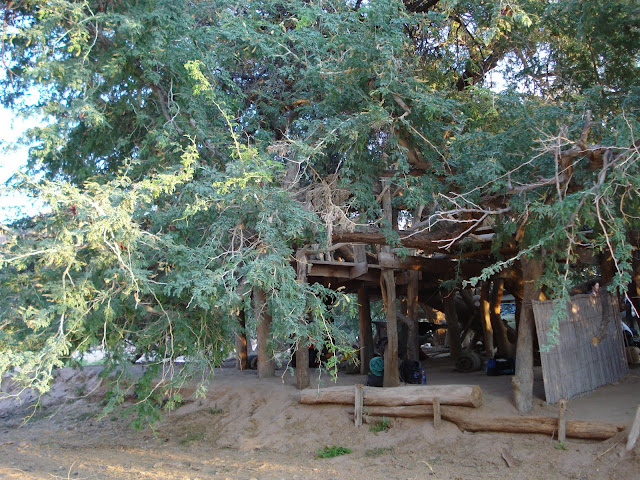 My bedroom...before the elephant ate it!

Volunteers, (you pay for the privilege of working hard..) are the key in enabling EHRA to build rock wall protection around village wells and water tanks, to stop desert elephants breaking down facilities in their hunt for water. Namibia, for most of the year is arid, with only a 2 month rainy season. Namibia’s desert elephants have adapted to this harsh environment, browsing the mopani thickets, and digging seep holes for water in the dry sandy riverbeds. But village or farm wells and tanks are irresistible, bringing them into conflict with locals. Just 2 months earlier, a local had shot and wounded an elephant while driving the small herd off. Soon after the herd had cornered that local, chased him up a kopjie, and killed him. They say elephants don't forget....
. 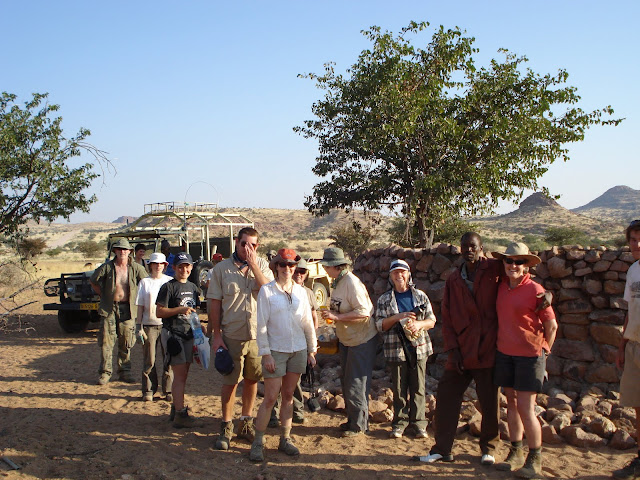 
But now it was just survival! “What the hell do we do if he walks right through the camp? There’s no way we can get out of his way!”
Calmly, Voortrekker began to browse on the very acacia tree we were sitting under, keeping a stern eye on we, the intruders in his territory. Then with a look as if to say “Keep the noise down you guys,this is my patch.” he turned. Hitching up his baggy pants, he ambled away as silently as he'd arrived at our camp, across the dry, sandy riverbed to the other side of the valley where he continued to select dessert from other foliage. I had time to get my video camera and take nightscene movies as he browsed.


When you’re up so close to Mother Nature’s greatest land beast, and your life is in the balance of his whim, there’s a moment when the greatest event in your life becomes etched upon your memory forever. Incredible and life changing. 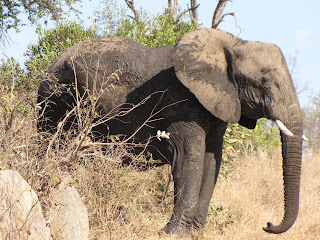 WOW! What an experience Jim! My friends over at our Bush Camp met up eye to eye with a bull in camp two days ago, but he 'hitched up his baggy pants' and wandered off without doing bedroom damage. You are so right about the stars and sleeping out. Every night when the sun sets now I want to grab a sleeping bag and just get out there! Elephants never forget, and neither will I.

Kay and I still awake from those dreams of incredible sunsets and that vast Milky Way stretching from horizon to horizon.
How's Siyafunda Lisa?
Would love to have you write a guest blog here about your experience there.