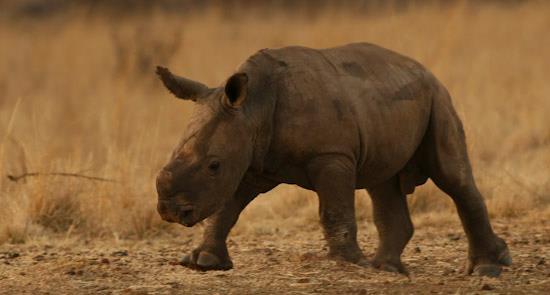 I've been running on fast with the utter desperation
of trying to escape that image of tragedy.
I'm haunted right now by the sight of mutilation
of the mother who once loved and nurtured me. 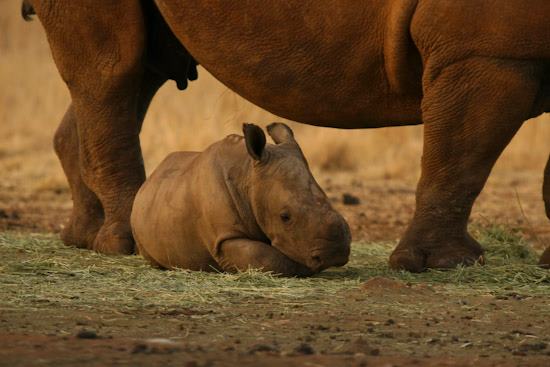 I've been running on looking for some deep shading cover,
need to get some shelter over me.
Helicopter's close and soon they're gonna discover
just another wee frightened refugee. 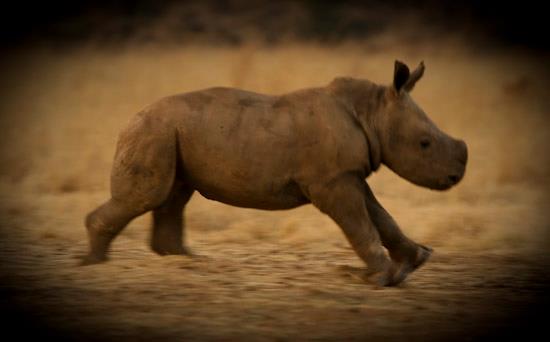 I've been running on low and feeling that deep exhaustion,
panicking with the loss of energy.
But driven on now by the thought of extermination
of the mother that once loved and protected me. 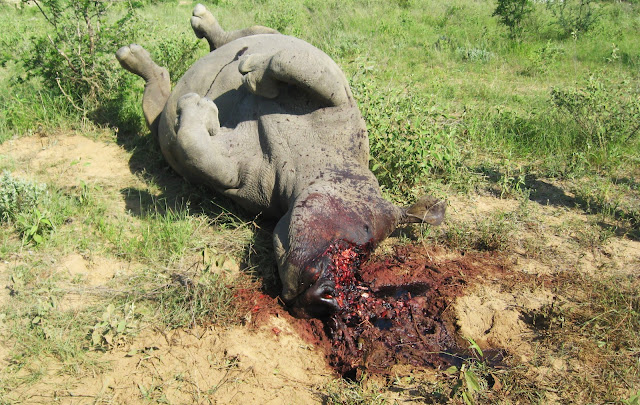 I've been running on long from the stink of the decimation.
Horns are going to be the death of me.
Anyone hear, can you enforce the regulations
on the killers of the mother that once cared for me?

Let's get more APU teams moving.
Let's find the funds -
for high powered guns!
And get those prosecutions moving!
No bail for these -
just throw away the keys.
Don't allow no smooth talking lawyers
in a world that treats poachers so leniently.

Or there's...
nowhere to run.
Nowhere a safe retreat.
Hunted and gunned:
just another...
disappeared specie.

Pictures of rhino calf are by

What a beautiful way to put this. It makes you so sad...

Stunning writing. Am going to repost your site link ....

So tragic, what humans will do to a species (or ourselves) in the name of the almighty dollar. Here's hoping the South African gov't takes a more hardline stance against poachers soon.

The words are so beautifully woven it actually brings to life the ugliness of this horrific practice.

Shame on the poachers!

Its very sad we humans disturb everyone.This first para made me to feel Jim ..A powerful post !!

Hi Jim:
Love the first rhino LoL (person) narrative here. It gives this column more immediacy. As someone above said, I will will re-share.
--
Chris