Much of history's accounts and popular literature perpetuate the myth that Norfolk Island's penal settlements were for the worst type of convict - the recidivist dregs, or the most hardened repeat offender from England's penal colonies in Australia.
Recent analysis of actual convict records disproves this popular misconception.

Worst_Types_Norfolk_Island_2010.pdf
"The legend tells us that the men detained at Norfolk Island were a particularly dangerous sub-stratum of convicts. Yet the original offence data shows proportionately few explicitly violent crimes. There were thirty cases of murder and manslaughter combined, fewer than twenty rapists, and merely a handful of arsonists and violent thieves. Nearly 70 per cent of offences were non-violent crimes against property, including burglary, picking pockets and highway robbery."
and -
"Explaining why prisoners were detained at Norfolk Island is one of the trickiest aspects of the second settlement’s history. As already noted, the assumption that Norfolk Island convicts were ‘all, or nearly all’ doubly-convicted capital respites is repeated in virtually every work mentioning the Island, yet it is a great misconception."

Most were shipped directly from England to Norfolk Island, via Port Jackson (today's Sydney) or Tasmania's Port Arthur, and few were the repeat offenders from Australian penal colonies as popular belief has it.

With memories of the Scottish uprising in 1745 still somewhat fresh, rebellion in America a devastating loss and an example of what the masses could achieve, and unrest among the Continent's poor, England's fearful aristocratic ruling class took extreme measures to ensure their continued control over the common person. Sentences were disproportionately long and unjustifiably harsh by any standards today.

Overflowing gaols, full floating hulks, and the loss of her American colonies set England seeking new solutions of where to send her potentially rebellious poor, so The First Fleet's 11 ships set sail for Australia's Botany Bay carrying 789 convicts, including 193 convict's wives and their 14 children. 2 ships continued on to Norfolk Island to found the First Penal Settlement there in 1778.

There's an humanity and respect that needs to be reconciled to those once imprisoned on Norfolk Island.

We should see them in the light of an oppressed poor within a system that administered harsh 'justice' to ensure the protection of the status of the ruling class. If so, were these convictions fair?

"I welcome death as a friend ... I have been treated more like a beast than a man." So spoke William Westwood, prior to execution for his part in the convict mutiny on 13th October, 1846. 13 convicts were hanged and denied burial within consecrated grounds and their bodies thrown into a disused pit, now known as Murderer's Mound just outside the cemetery.

History's records of an earlier convict uprising show how brutal conditions were:
"Following a convict mutiny in 1834, Father William Ullathorne, Vicar general of Sydney, visited Norfolk Island to comfort the mutineers due for execution. He found it “the most heartrending scene that I ever witnessed”. Having the duty of informing the prisoners as to who was reprieved and who was to die, he was shocked to record as “a literal fact that each man who heard his reprieve wept bitterly, and that each man who heard of his condemnation to death went down on his knees with dry eyes, and thanked God."
Wikipedia History of Norfolk Island


I had an hour to sit atop a small rise overlooking the old part of Kingston's cemetery, which has burials from 1778 to the present within the fenced and consecrated ground.
Many visitors could miss the mound just outside the oldest part and close to the surf. Here is the mass grave of 13 convicts, who were denied burial in hallowed ground.

I was struck with the deep impression of the sheer unjustified harshness of the social conditions that bound these ordinary men to be caught in a system they had no voice in, the conditions of severe treatment that dehumanised them and drove them to futile mutiny resulting in their punishment of hanging, and the subsequent denial of simple Christian burial and headstone.

Above me the island's fairy terns were flying.
What thoughts filled the minds of an exhausted, brutalised convict in chains, as he looked up to see the fairy terns soaring above him?

Where the Fairy Tern is winging: Convicts, mutiny and injustice.


There's a grave that lies unmarked beyond consecrated ground
Here we lie - the executed: relief we finally have found
Above, a Fairy Tern is winging: pines swaying stately fro
Gentle surf is singing where we sleep so long below.

When I was once a young lad, just barely seventeen
To feed my starving family I took the rich man's bread
But the Peelers captured me, they beat me to my knees
The judge cast me down forever; hard labour is what he said.

And these rocks are crushing me
I'm desperate to be free
Where the Fairy Tern is winging
My soul longs there to be.

Our ship sailed out from Plymouth, I could bid not a fond farewell
Friends and family lost forever, on Norfolk now I dwell
Where rocks are sharp and crushing, these chains still have me bound

I have built my own stone prison and all these walls around.

And the cat is flailing me, cutting deep this worn body
But finally we have risen against this harsh brutality
Mutiny may prove futile: no one will weep for me
But I will seek my freedom where the Fairy Tern flies free.

Now I welcome this reprieve
Where the rope's awaiting me
Soon, no chains will hold me captive
Where the Fairy Tern flies free. 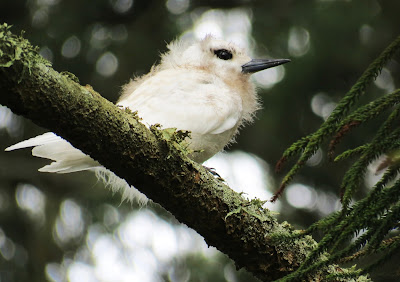 The fairy tern spends its breeding season at Norfolk Island laying one egg and raising its chick on a horizontal branch of the stately, and rather grandiose Norfolk Pine. These dainty white sea birds soar above the coastline in great numbers.

Someday, justice may be served and those buried in that mass grave be accorded a Christian blessing in consecrated ground. Maybe the fenceline be adjusted to bring them within the company of their companions.

Perhaps a Christian blessing of Murderers' Mound is long overdue? 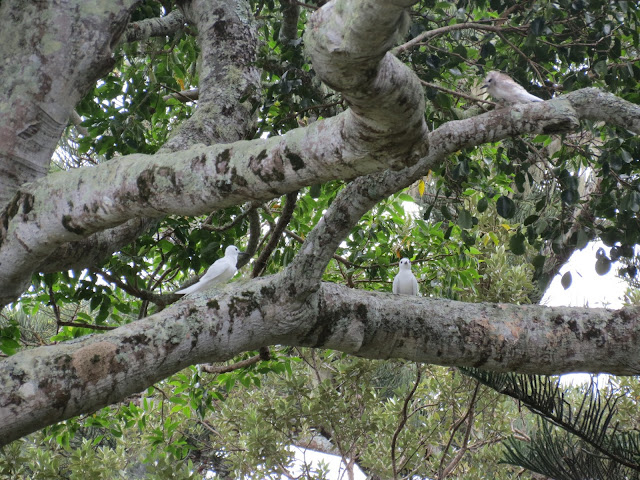 This is a re-vised version of my article that was first posted here- Around the world in eighty years.com/norfolk-island/